Tier 2 troops spread out along a quiet front. What could possibly go wrong?

Recall how deep the cauldron opened. Recall the Wehrmacht had limited artillery, no air power, and committed their last reserves on the western front.

And recall how the bulge collapsed within 6 weeks — the last major battle on the western front.

“It’s a disaster,” says Dima of the Military Summary channel.

I agree. The question now is: For whom?

Here is the map of the Izium region in the northeast of Ukraine on September 4. 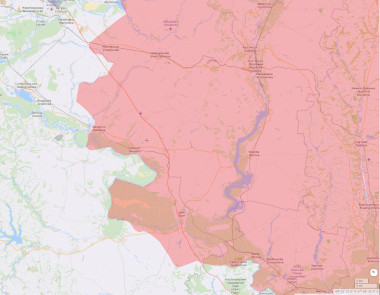 In the middle we can see the Oskol river flowing north to south. Along it run railway tracks and roads that connect Izium region at the bottom of the map with Urazovo in Russia (further north, not on the map).

Here is the situation in the same area on the morning of September 9. 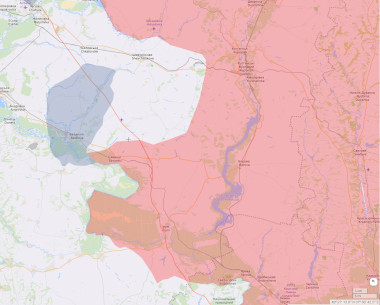 The Ukrainian forces have broken through the Russian positions on a wide front and in remarkable depth.

The above maps are from the Ukraine friendly site LiveUAmap. On the Russian side’s map, as provided by Dima in his latest video, the Ukrainians are shown even further east and have reached the Oskol river. 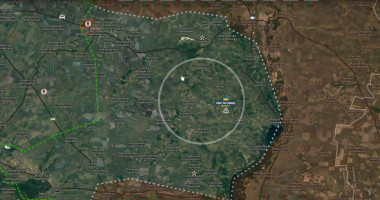 This is latest Rybar version of the map which confirms that the Ukrainian side has at least in part reached the river. They took the town of Senkovo on the western side of it. bigger
(German version as the English one does not load correctly.)

Izium, Lyman and several other important positions along the Izium front are now in imminent danger of losing their main supply route.

How could this happen?

Well, I am not in the Russian high command and have no idea of the how and why.

But what we know is that there were mostly conscripted men of the Luhansk Peoples Republic at the frontline when this episode started. The troops that held the town of Balakleya for two days where Russian National Guard forces. Those are militarized police units, not real armed forces. The Russian military had to send army forces to evacuate them.

Apparently the whole Russian front in that area was very thin and had too little artillery support. The Ukrainians moved extremely fast skipping towns and just blocking off local resistance to move on. They had a very significant number of tanks and armored transport as well as long range artillery support by several HIMARS systems. Many of the units must also have had night vision equipment as they did not stop even after sunset. There are also reports of strong foreign elements but those are hard to verify.

The LPR forces and whatever else was in the area had no chance. They were killed or captured or moved out.

The Russian side seems to have had little information about the size of the attack. The forces in the area were too few and too light. There should have been way more forces to block the Ukrainian move much earlier.

Then again – I do not know what plans the Russian military has had or might have. We might still see surprises.

Armored Russian reinforcements are now coming in from the north from the northern Kharkov region as well as from the east through Svatove. But they will still need some time to reach the front lines and to set up for battle.

The best countermove is likely to move the battle group seen in Svatove down to Izium and then up northwest and the group from the north southward in an attempt to pincer and envelope the Ukrainian forces.

Going this deep and this fast makes the attacking Ukrainian troops vulnerable. They will need some time to consolidate and to move up their artillery. Their supplies will have to come from Andivka on the left of the map and from Chuhuiv on the upper left. That are some 75 kilometer or 45 miles one way distances.

The Russian missile forces can interdict those routes by destroying the bridges along the way. They should do this as soon as possible. Andivka itself is surrounded by a river in the south, west and north. The handful of bridges over the river should also be dropped to cut the town off.

Ukrainian forces south of Izium and Lyman try to cross the Siversky Donets river to attack those cities from another direction. The idea is likely to bind the Russian forces there and to not let them move north to counter the upper Ukrainian strike.

There may be some ingenious Russian plan behind this to drag the Ukrainian forces in to then destroy them in place. But I do not see any evidence for that.

Heads will have to roll for this disaster.